I watched an interview with Carly Fiorina on "Morning Joe" today.  She is a person of interest to the press as they fully expect her to announce she's running for the Republican party's presidential nomiination along with Ted Cruz, Rand Paul, Jeb Bush, Chris Christie, Marco Rubio and who knows who else.

Carly Fiorina is the former failed CEO of Hewlett Packard, failed candidate for U.S. Senator from California and a vicious campaigner unafraid of spinning her opponents in a negative light; examples her "Hot Air Barbara Boxer" ad and the infamous "demon sheep" ad.

She received a nice beat down this morning at the hands of "Morning Joe" host Mika Brezinski and financier and former advisor to President Obama, Steve Rattner.  Notice her talking points: "wrapping peoples lives in webs of dependence" (very Elizabeth Warren), "there's a big difference between management and leadership", "blemishes", "it's a problem" (rallying cry), blah blah blah.

If Not Now, When?

As my husband and I contemplate retirement two years down the road, God willing, our thoughts have naturally turned to "home" aka California.  We have been away 18 years now.  Prior to that, we spent an additional 10 years living in other states.  Most of our friends remained and we make an effort to return home as often as possible to see everyone.  We miss them, we miss home.  It makes sense to want to retire back where we started, where we are comfortable, where it doesn't snow every other damn day.

Mother Nature has other ideas.  The ongoing drought, four years without a break, is taking a toll I'm not sure I want to pay.  Where is the water going to come from?  What are the 38+MM California residents going to do?  What will the farmers do?  What is it going to cost to live there in the future?


NASA’s top water scientist says California only has about one year’s worth of water left in storage, and its groundwater – often used as a backup for reservoirs and other reserves – is rapidly depleting. He suggests immediately rationing water.  rt.com 3/15/15

This is not a pretty scenario. We want out of the freezing cold in the northeastern U.S. but don't want to jump out of the frying pan into the fire.

Of late, we are toying with the idea of a two year trial run in Italy.  It's been a dream for a long time but we're taking it much more seriously now.  Just last week, ex-pat blogger Mary set up a Skype session with us to tell us about living in Italy.  She's been there 6+ years.  She's a wealth of information and, even without sugarcoating, she makes living in Italy sound like a wonderful adventure filled with warm, friendly people with that zest for living, eating and enjoying their lives.  The whole thing is scary but wildly appealing at the same time. 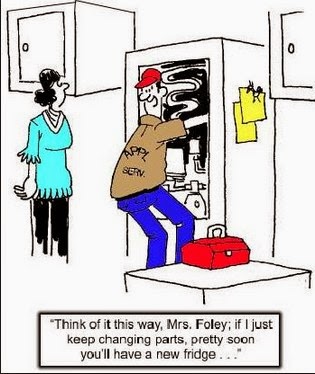 I've decided to update you with my ongoing battle with Electrolux, the behemoth who now owns Frigidaire and GE appliances and will probably swallow some other hapless appliance maker until we, the consumer, have nowhere else to go.


Back in October 2010, I was planning a brand new kitchen with brand new appliances.  I settled on the Electrolux brand thanks in no small part to sleek marketing, serious discounting if you bought a 4 pack (4 appliances) and the fact my client, an appliance retailer, said they had "great customer service". 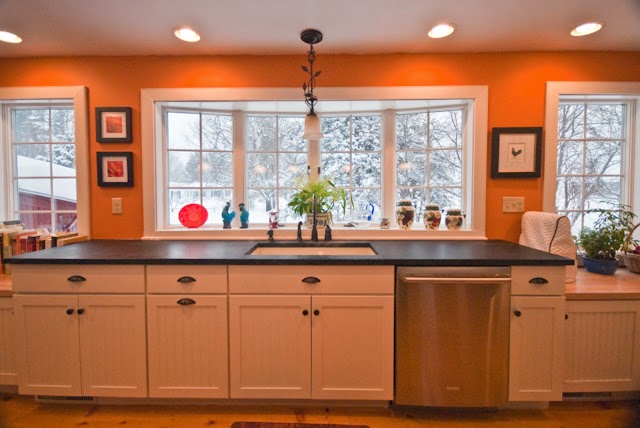 Now, if you've read Parts I & II, you know we've had issues with each appliance. Recently (last month) the handle on the microwave broke AGAIN.  This is the 4th time.  I wrote their customer service department, received an unacceptable response, wrote again.  I finally asked for someone to correspond with who has the authority to say "yes" or "no".  I detailed my experiences with the company, all the repairs, all the breakage, replacements, etc.  Here's the response.

Repairs are inconvenient and I do recognize that you are not satisfied with your experience. At  this time, I would not be able to provide you a no-cost repair but I would like to provide you with a 40% discount on a replacement handle for your appliance when purchased through our social care department directly within the next 30 days.Currently the replacement stainless steel handle for your appliance is part number 5304477336 and is listed for $73.52 plus tax. With the 40% discount applied the reduced cost would be $44.11 plus tax for the handle. There would be no shipping cost applied to your order when shipping standard.

Compare the above with the recent response from Amazon after a $90 coffee table art book, ordered as a gift,  arrived with a very slight warp.

I'm extremely sorry for any inconvenience this has caused.
In this case, I no need to trouble you in return the item for us to sent the replace. You're welcome to keep, donate or dispose of it--whichever option is most appropriate and convenient for you and you will not be charged for it.

Apparently not all customer service is dead.  Amazon goes out of their way to provide a satisfactory experience.  My husband deals with them all the time.

I'd Rather Be Dead

One of my childhood friends, dating back to 1st grade I think, sent me this wonderful Harry Nilsson video.  Her mother is 93, incontinent, going blind, and can no longer swallow thanks to Parkinson's disease. Unfortunately, she is in her right mind.  My girlfriend's son sent it to her to lighten her mood.  He's 25.  It's a delightful song on a serious subject.  His backup group of seniors, with a few exceptions, are so obviously British, I kept looking for Monty Python. But no.  This is for real as far as I can tell.

P.S.  Yesterday would have been my mother's 100th birthday.  I know if she'd lived, she'd "rather be dead" too! 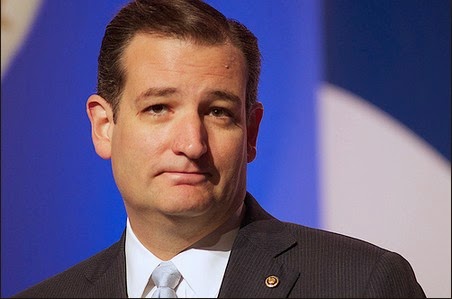 We have our first "official" candidate now running for 2016 President of the United States: Ted Cruz.

I don't know what's more amusing, The Onion's breakdown of Ted Cruz or this article from electablog about the Cruz campaign's failure to register  tedcruz.com and TedCruzForAmerica.com 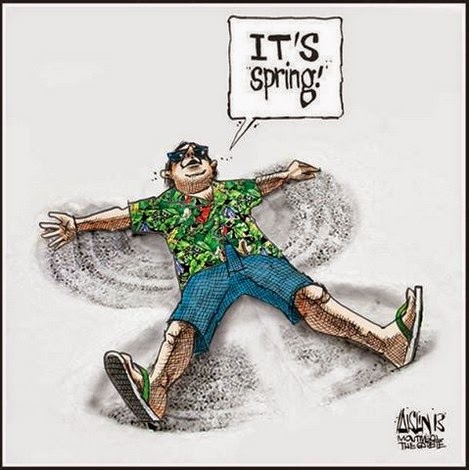 I just spent nine days in the land of warm winters and it was glorious.  I'm back in New Hampshire now where we hit a high of 39F today and it snowed over an inch.

Highlights from my blissful trip... 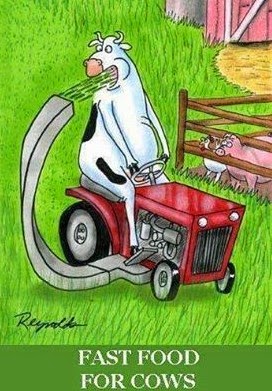 California Girl
Enough about me...what do YOU think about me?

This work is licensed under a Creative Commons Attribution 3.0 Unported License. 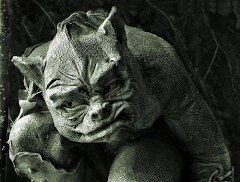 Not in the mood right now...